Louis Daniel Armstrong (August 4,1901 – July 6,1971), nicknamed Satchmo (truncation of “Satchel Mouth”), was an American trumpeter, composer, vocalist and occasional actor who was one of the most influential figures in jazz.

His career spanned five decades, from the 1920s to the 1960s, and different eras in the history of jazz. In 2017, he was inducted into the Rhythm & Blues Hall of Fame.Armstrong was born and raised in New Orleans. Coming to prominence in the 1920s as an "inventive" trumpet and cornet player, Armstrong was a foundational influence in jazz, shifting the focus of the music from collective improvisation to solo performance. 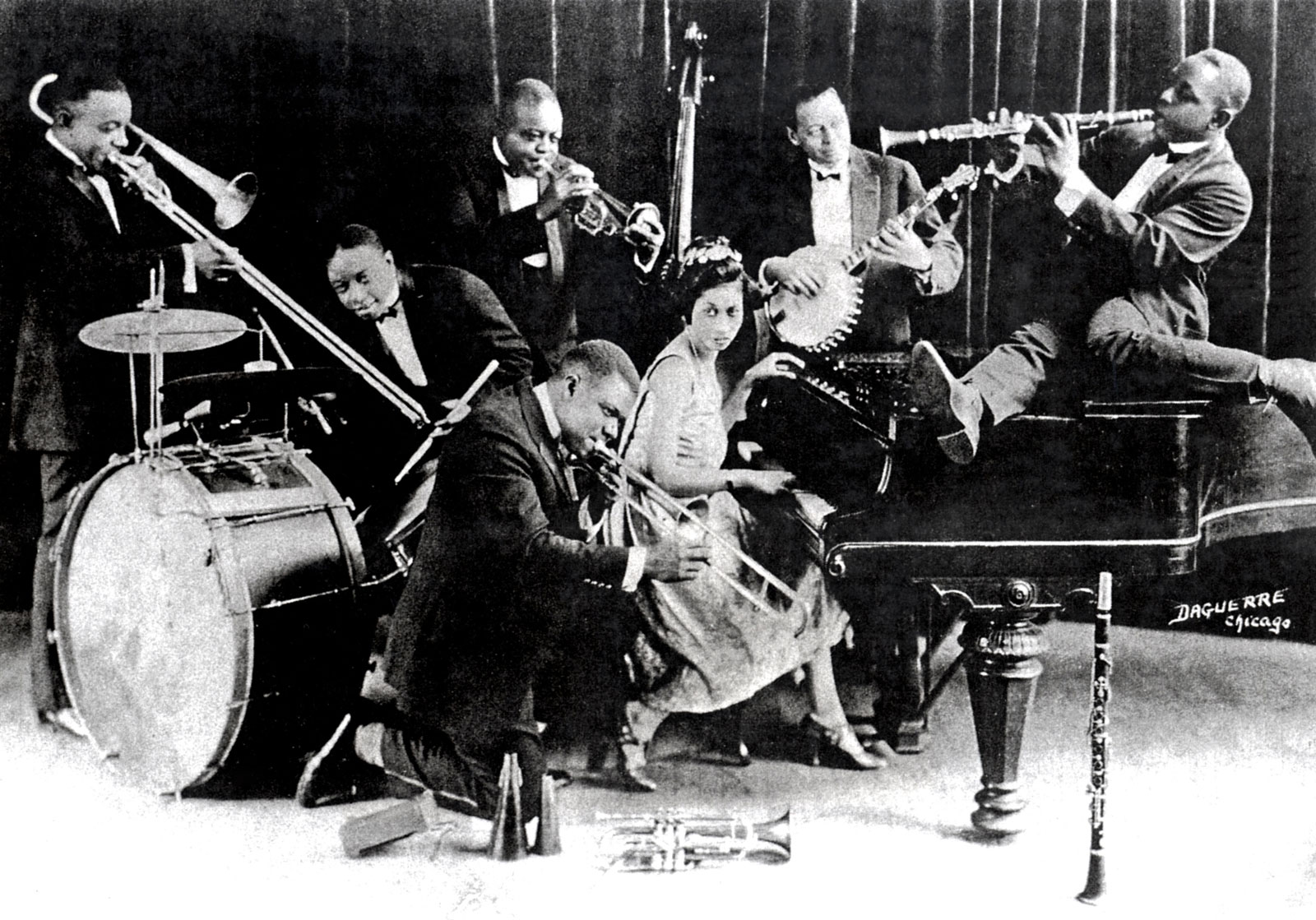 With his instantly recognizable rich, gravelly voice, Armstrong was an influential singer, demonstrating great dexterity as an improviser.

Armstrong is renowned for his charismatic stage presence and voice almost as much as for his trumpet playing. Armstrong's influence extends well beyond jazz, and by the end of his career in the 1960s, he was widely regarded as a profound influence on popular music in general. Armstrong was one of the first truly popular African-American entertainers to "cross over", that is, whose skin color became secondary to his music in an America that was extremely racially divided at the time. He rarely publicly politicized his race, often to the dismay of fellow African Americans, but took a well-publicized stand for desegregation in the Little Rock crisis. His artistry and personality allowed him access to the upper echelons of American society, then highly restricted for black men.

Douglas also illustrated for Charles S. Johnson, then-editor at Opportunity, the official publication of the National Urban League. These illustrations focused on articles about lynching and segregation, and theater and jazz. Douglas' illustrations also featured in the periodicals Vanity Fair and Theatre Arts Monthly. In 1927, Douglas was asked to create the first of his murals at Club Ebony, which highlighted Harlem nightlife. 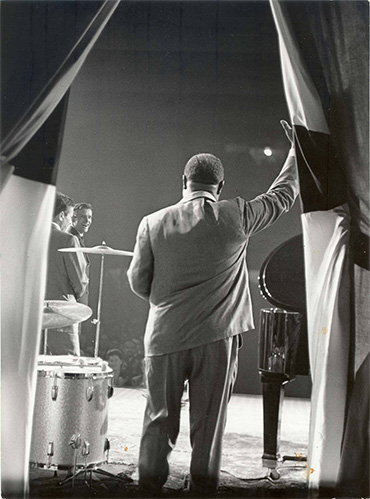 The records by Louis Armstrong and His Five–and later, Hot Seven–are the most influential in jazz.

Armstrong’s improvised solos transformed jazz from an ensemble-based music into a soloist’s art, while his expressive vocals incorporated innovative bursts of scat singing and an underlying swing feel. By the end of the decade, the popularity of the Hot Fives and Sevens was enough to send Armstrong back to New York, where he appeared in the popular Broadway revue, “Hot Chocolates.” He soon began touring and never really stopped until his death in 1971.

The 1930s also found Armstrong achieving great popularity on radio, in films, and with his recordings. He performed in Europe for the first time in 1932 and returned in 1933, staying for over a year because of a damaged lip. Back in America in 1935, Armstrong hired Joe Glaser as his manager and began fronting a big band, recording pop songs for Decca, and appearing regularly in movies. He began touring the country in the 1940s.

In 1947, the waning popularity of the big bands forced Armstrong to begin fronting a small group, Louis Armstrong and His All Stars. Personnel changed over the years but this remained Armstrong’s main performing vehicle for the rest of his career. He had a string of pop hits beginning in 1949 and started making regular overseas tours, where his popularity was so great, he was dubbed “Ambassador Satch.”

In America, Armstrong had been a great Civil Rights pioneer for his race, breaking down numerous barriers as a young man. In the 1950s, he was sometimes criticized for his onstage persona and called an “Uncle Tom” but he silenced critics by speaking out against the government’s handling of the “Little Rock Nine” high school integration crisis in 1957.

Armstrong continued touring the world and making records with songs like “Blueberry Hill” (1949), “Mack the Knife” (1955) and “Hello, Dolly! (1964),” the latter knocking the Beatles off the top of the pop charts at the height of Beatlemania.

The many years of constant touring eventually wore down Armstrong, who had his first heart attack in 1959 and returned to intensive care at Beth Israel Hospital for heart and kidney trouble in 1968. Doctors advised him not to play but Armstrong continued to practice every day in his Corona, Queens home, where he had lived with his fourth wife, Lucille, since 1943. He returned to performing in 1970 but it was too much, too soon and he passed away in his sleep on July 6, 1971, a few months after his final engagement at the Waldorf-Astoria in New York City.